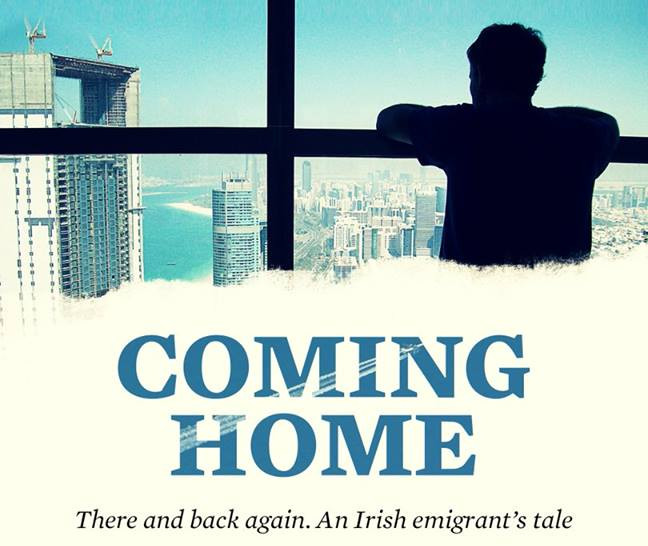 Recently returned Irish emigrants are being asked to share their experiences of coming home in a new survey launched today by Crosscare Migrant Project. Following a 74% increase in the number of Irish people moving back to Ireland from abroad (CSO Population and Migration Estimates, 2016), the Migrant Project is asking returned emigrants to reflect on their experience to help support and prepare other emigrants considering a similar move.

Coming Home is a landmark documentary charting the journeys of five Irish emigrants spread across four continents as they pursue a common dream of returning to live out their remaining days in Ireland. A film by Cathal Kenna, it explores each emigrant’s personal odyssey, tracing their initial departure from Ireland stretching right back to the years of mass emigration from Ireland in the 50’s through to the more recent wave of departures sparked by the global financial crisis in 2008. Cathal Kenna said “Having now lived through two periods of mass emigration and seeing how it has affected every single person in our small country, I found myself fascinated about the stories of those who have left, those who came back and those who will never come home. It’s an honour and a privilege to be invited to contribute to something so poignant and relevant as the ‘Moving to Ireland Conference’ hosted by the Crosscare Migrant Project in conjunction with Dublin City Council.”

After the screening, the producer and some of the cast will be present for a Q&A session, followed by inputs from Ciara Kenny, writer of the Irish Times Abroad, and Sarah Owen of Crosscare Migrant Project who will speak on their work and experience with Irish emigrants. The audience will be made up of recently returned Irish emigrants and new migrants living in Ireland, and they will be invited to share their experiences on their transitions to Ireland.

Launching the first Ireland-wide survey of returned emigrants, Sarah Owen said, “Through our work with Irish organisations worldwide, we are aware of increased numbers of people thinking about coming home, particularly from Australia and Canada. We know that people are worried about the cost of moving home and getting children into school before they return. We’re asking people who have come back in the last two years to share their thoughts and experiences to help others prepare for their move home.”

Notes to the Editor: